In honor of Veterans Day, I am going to share with you some information about my father, Stewart V. Taylor, who was a pilot of B-17s during World War II.   His service records show that he entered the Army on 25 Feb 1943 and was honorably discharged on 1 Jan 1946.

His military record papers indicate that he had the following decorations and citations:


His battles and campaigns were in the Rhineland and Central Europe.

I am fortunate to have in my possession his air medal: 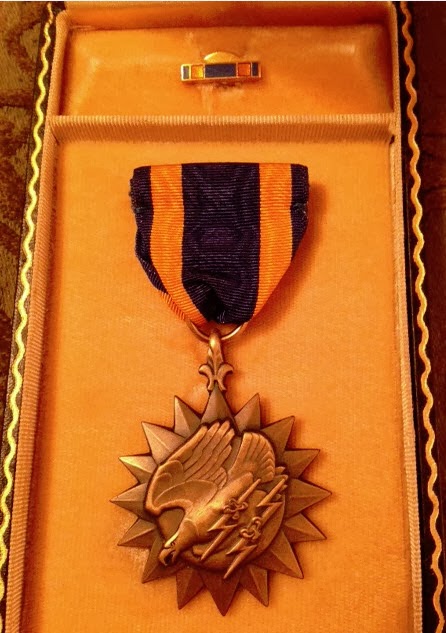 The paperwork inside the Air Medal box states, in part:

For meritorious achievement while participating in sustained bomber combat operations over Germany and German occupied countries. The courage, coolness and skill displayed by those Officers and Enlisted Men upon these occasions reflect great credit upon themselves and the Armed Forces of the United States 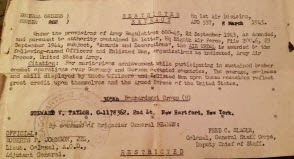