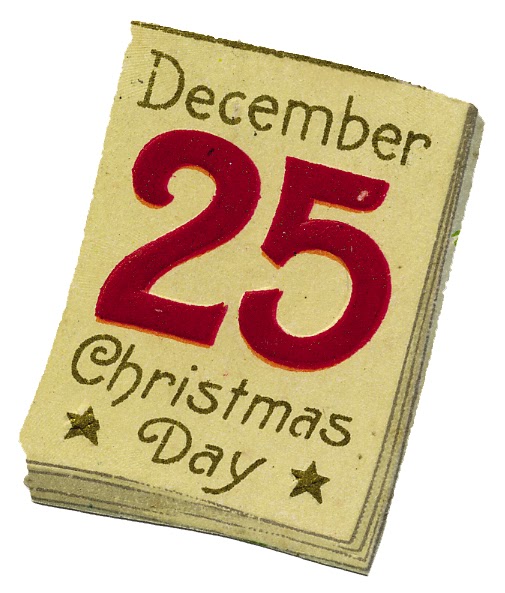 I thought I would highlight my great grand aunt, WINIFRED OWEN, today because she was born on December 25, 1858 in Holyhead, Wales.  Here is a news article I found in one of my mom’s scrapbooks. Unfortunately, there was no notation as to what paper printed this article, so I apologize for not citing it. 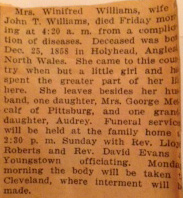 Winifred’s sister was my great grandmother, JANE OWEN (1860-1941). Here is a picture of Winifred and Jane. Aren’t you glad those hats are out of style?

There was the following handwritten note in my mother’s scrapbook:

“They weren’t orphans. Their mother died young but their father was a Methodist minister. Aunt Winnie came to America first from Wales and settled in Ohio. She had a daughter, Leah, who married and lives in Pittsburgh. My grandmother came later and settled in New York Mills and then Utica.”

Unfortunately, there is a section of the scrapbook that is missing. Then it continues:

“My grandmother worked at an Inn – sort of as a chambermaid for an aunt, or some such relative. In America they prospered. Both had good husbands, saved their money and lived to a good old age.” (4)

I thank God every day for my mom’s appreciation for family history!

On the Ohio Death Certificate Index (http://ohsweb.ohiohistory.org/death), I found:

From Jane Owen’s marriage certificate I learned that Jane and Winifred’s father was ROBERT OWEN. (6) I was able to locate the family on the 1861 England Wales & Scotland Census, but that’s all I know for now. The Welsh repetitive naming system is tricky.

Who out there is having difficulty with Welsh research?  The names I am grappling with are Williams, Lewis, Owen and Pritchard. I would love to hear about your hits and misses.

Here are some sources for Welsh research:

I wish all my readers a Happy Holiday!