The recent research conference with the New York Genealogical & Biographical Society was not only a chance for camaraderie and research, but it was the opportunity for a mini vacation.  Despite having grown up in Central New York, I had never been to Albany. I was struck by its combination of old and new architecture. Here is a picture of St. Peter's Episcopal Church: 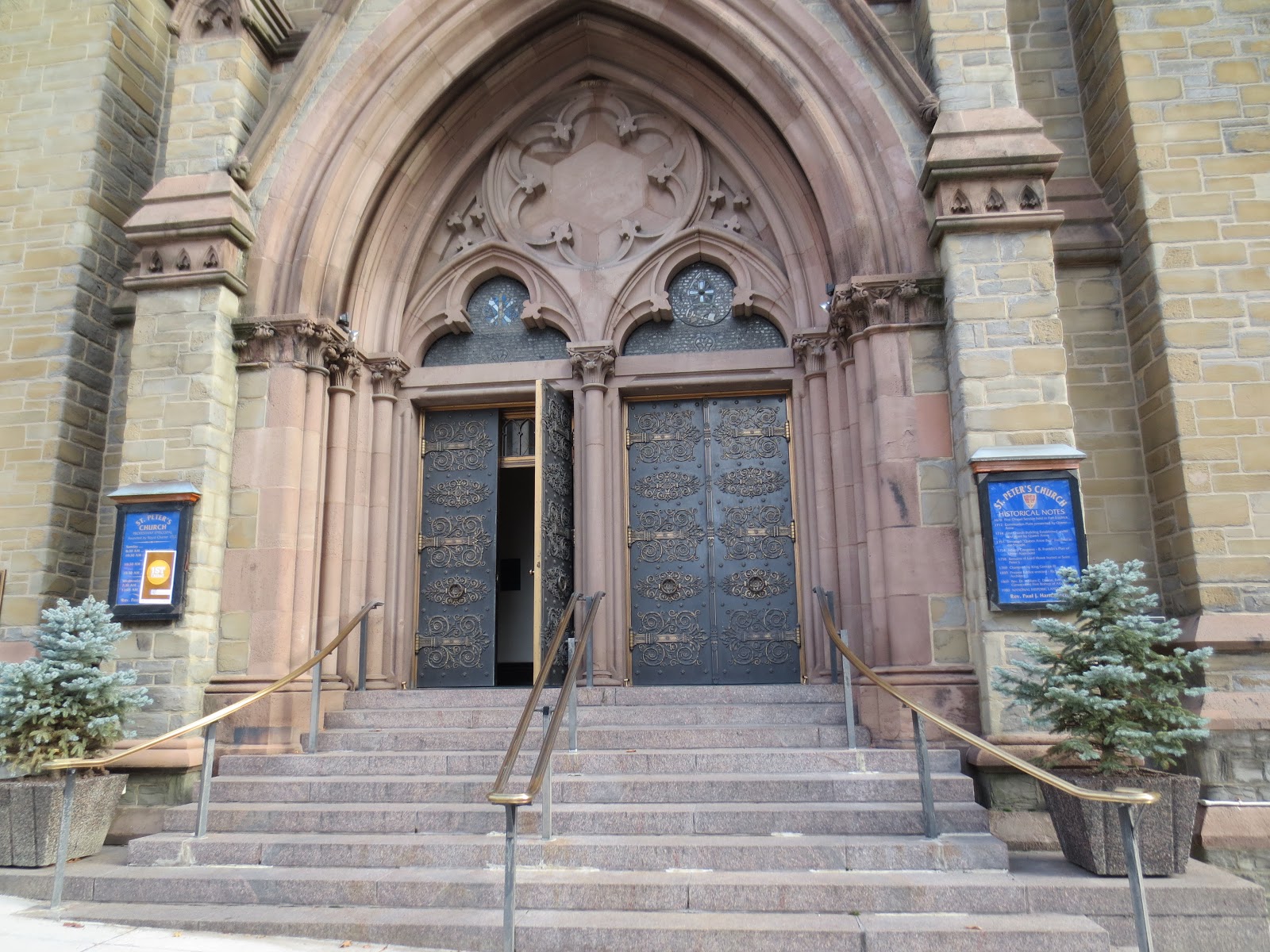 Here's a shot of the New York State Capitol Building: 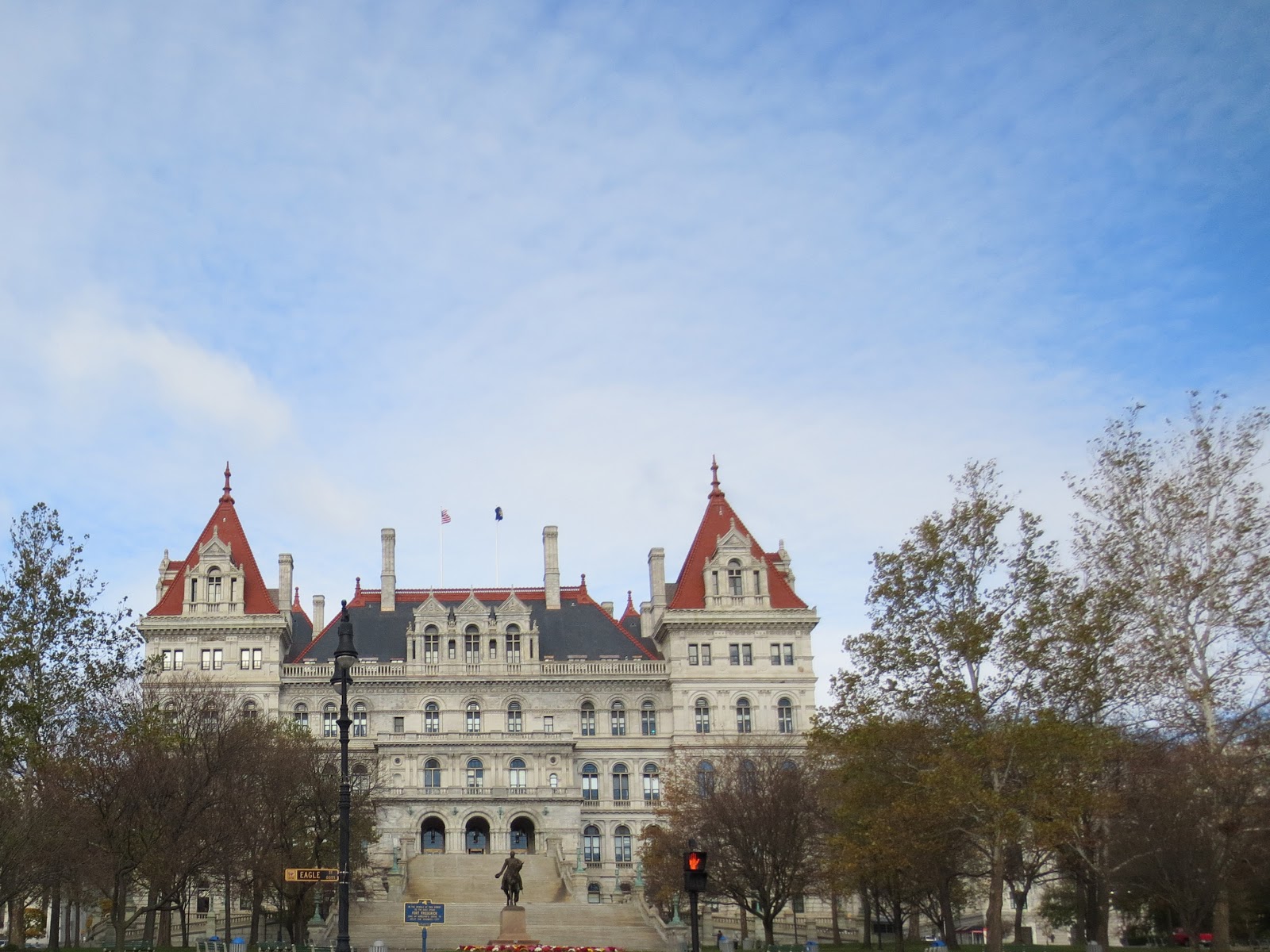 And here are some photographs of Empire State Plaza:

There are also many striking memorials on Empire State Plaza:

And there are numerous sculptures on the Plaza as well: 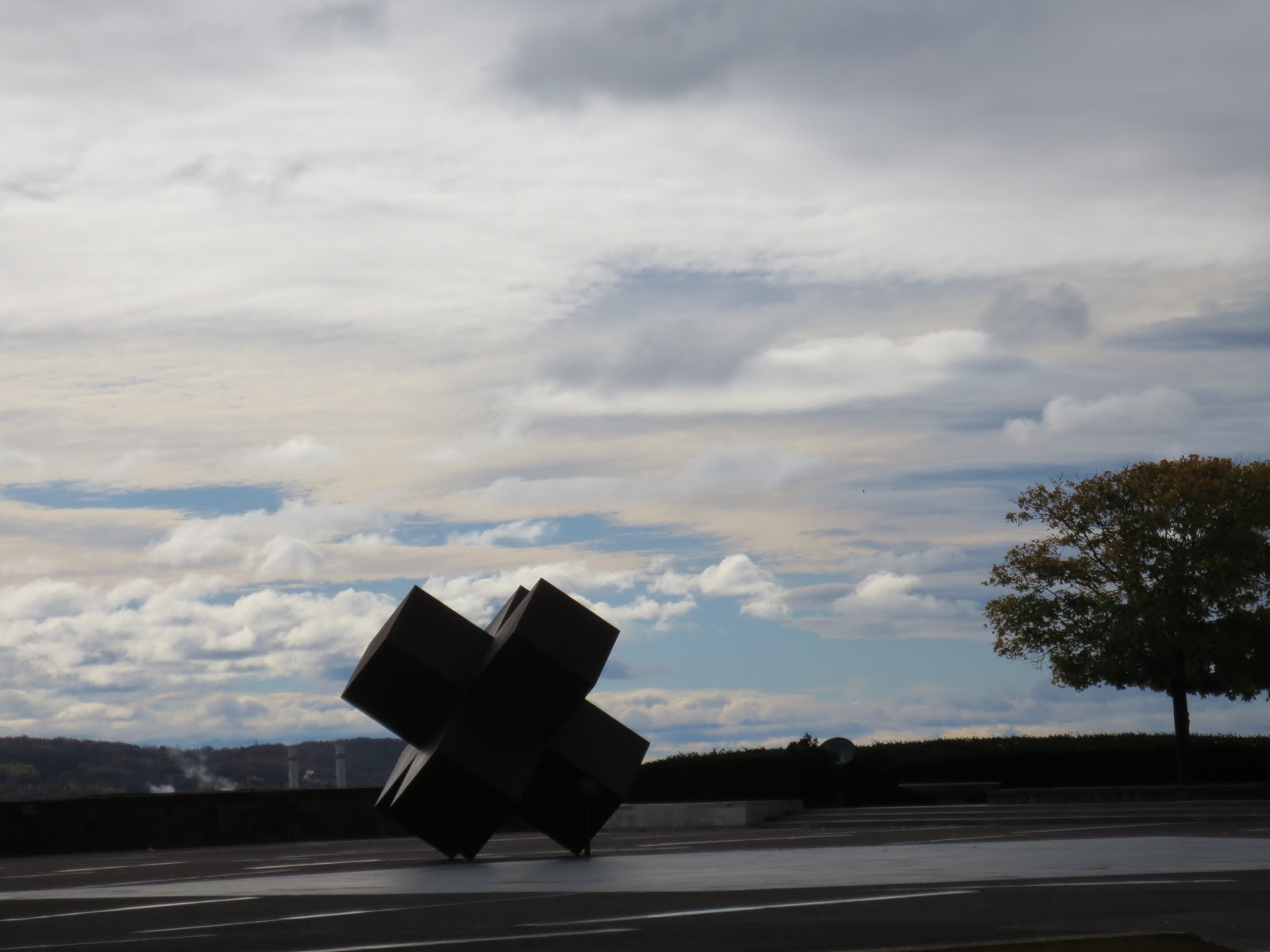 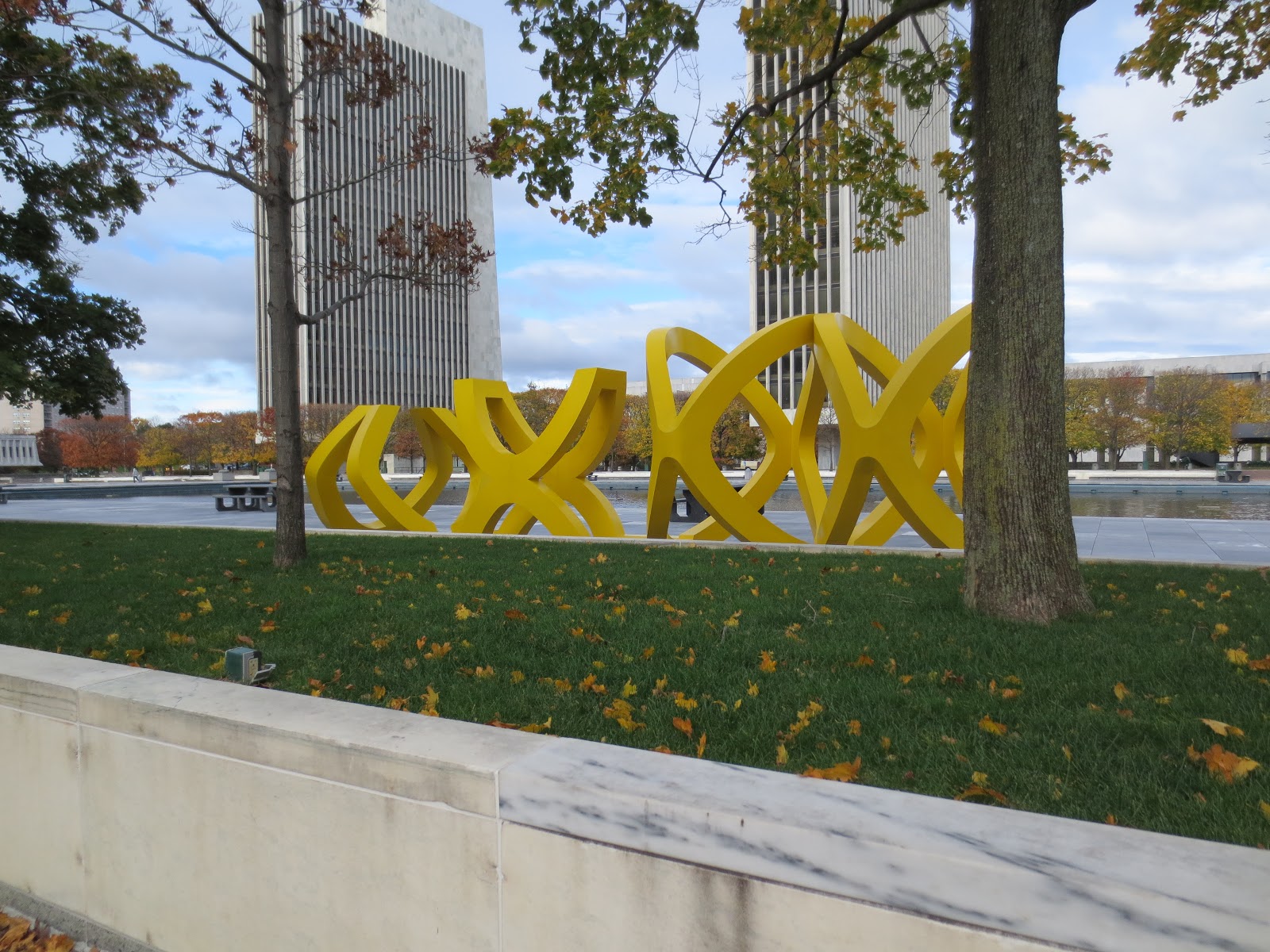 For more information on Albany, check out the Official Site of the City of Albany, NY (http://albanyny.gov/Government/CityHistory.aspx).
Posted by The Art of Genealogy at 6:52 PM